“4:56 PMMike Hartman: ​RUSSIA IS WEAK.”
“4:57 PMtilak vats​: All NATO countries are weak.”
“4:58 PMGryffindor🐣: ​UN and NATO is responsible for this.”
“5:26 PMLanguage Resources​: Europe is an American puppet.”
“5:26 PMJunior B​: We want war in India too 🤣, to control population, and balance everything like Thanos said.☯”
“5:27 PMAzad Maravi​nuclear war too soon i guess 😶💀”
5:24 PMAnita Smirnova: ​Russia has the freest press. Europe is under American control.)))) (Look at this brainwahed Russian-Troll, Russia is far worse than EU, you Goolag your opponents – Nawalny must come to German hospitals, because yours are too poorly equipped.)
5:24 PMLanguage Resources​Ukraine is an American puppet.”

Conspiracy Revelation: 28.2.2022: Indians (ignorant stream commentators, not the Indian reporters), you suck with your Pro-Russia propaganda…Your Gods don´t agree. Putin suggested to vaccine people with deadly genocide vaccines, stupid ones. This person wanted to shutdown FREEDOM and Telegram, he tries to kill all his critics or let his espionage mark on everyone who is expansive and indomitable !!! UN are responsible for many torture acts, exactly like Russia. NWO vs NWO and I tell you that they burn Hexagrams via Killer-Satellites and Skalar Radar Weapon-DEWS into people (11.11.2011) and not NAZI-Symbols. RADICAL FUNDAMENTALIST MASONIC ZIO-JEWISH-BOLSHEVIC SYMBOLS.

“This is not a time for blame-game – nor credit-giving.”

“Remember this is a country whos sovereignty is being violated, you can stand wherever you want on the backdrop of the issues but war at the end of the days has huge human costs.”

“5:27 PM:Mike Hartman​: I FEEL SORRY FOR RUSSIANS THAT BELIEVE PUTINS LIES.”
Conspiracy Revelation: 28.2.2022: Exactly! Thumbs Up. Someone who gets it.

Conspiracy Revelation: 28.2.2022: Pro-Russian (Putintards) Indians your Gods will turn against you…for your stupidity or meanness to see the whole picture. 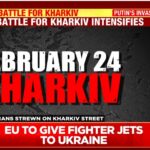 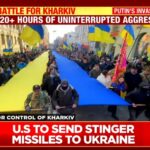 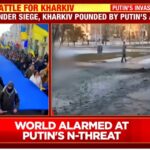 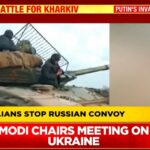 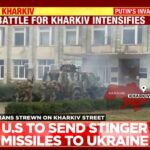 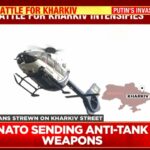 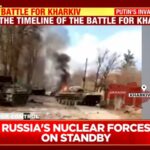 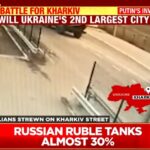 “Ukraine is systematically targeted from multiple sides….
And a relentless Russia is not done yet…Fearsome Russian onslaught.
Russia is also using dirty tricks, deploying fearsome troups of Tschetschenian troops,
known for their brutality.”

“Pope Francis: People making war, forgetting humanity…which is the farthest from God´s will and they leave behind common people who want peace and common people are the real victims in every conflict.”