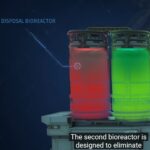 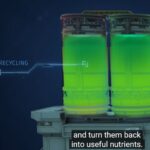 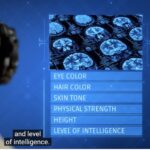 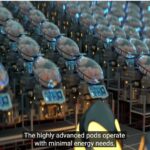 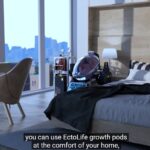 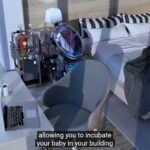 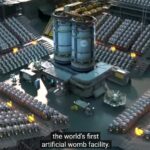 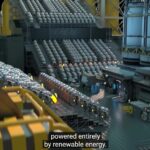 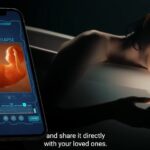 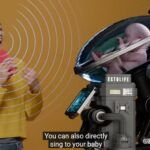 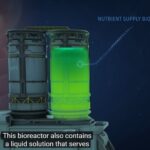 “@carolel4537: vor 5 Stunden: This is the proof of human disconnection. A lack of understanding of the magic of creation. Not everything should be engineered. Life itself is more than this.”

“@katarinawilliams7389: vor 11 Stunden (bearbeitet): This is PURE EVIL AND DEMONIC! THEY ARE AT WAR WITH G-D. THEY ARE PLAYING G-D AND MESSING WITH WITH HIS CREATION AND PURPOSELY DOING AWAY WITH HIS CREATION.”

“@Mideezhanti: vor 2 Minuten: This is beyond fucked up. Haven’t people learned that the farther we move away from nature the more sick and depressed we become as a species???”

“@eddysanclemente1632: vor 14 Stunden: That sounds excellent, just a little scared about the future.
Poor people will never be able to reach that technology and compete against those DNA modified babies…”

Conspiracy Revelation: 10.12.2022: Depends on the type of Soul that incarnates in the standard babies.
They can compete.

@seeker9837: vor 13 Stunden: This concept is very scary ….Dystopian….I believe most of us don’t want this future this technology!

@balancebalance91: vor 13 Stunden: You gotta make this available to everyone. Not just a group.

@w3is9ja: vor 13 Stunden: Good creativity with the video software (outstanding quality) kudos, use it for something positive. Babies are not lab rats, it can only go down hill if babies start being made in a lab. People would be able to decline babies that don’t fit their criteria … there’s so many dangers involved ……..

“DerrJan6971: They may replicate the physical but they’re forgetting the most important component. The spiritual. The soul. That comes from God alone.”

“humble_pagan: This scares me on so many levels!”

“Anna♡Lisa™️: Being a pregnant woman is not just about carrying a child. What happened to the emotional connection??”

“Wanda Brown: I thought we were over populated? 🤔”

“Athena: I see the future of military.”

“✝️ Child of God ✝️: Oh, I just love the positive spin they put on it.
Absolutely satanic! 😑”

“Mandelbrot: A.I is summoning the demons…”

“Beth Stephey: Grand and great grandparents would be turning over in their Graves if they saw the state of the world today!”

“Tay: Please tell me this is not real.”

“Anissa Losie: This is some sort of social experiment to see what people will say. I say “ Don’t mess with Mother Nature”!”

“Bojan Šumer: Film the matrix was a documentary.”

“Tulpa Dusha: Through pain of birth we bond in love.”

“Traceytracey: Father God help me. technology will be the downfall of mankind.”

“Jody Langston: They don’t want a mother connection.
They are taking out the Mother.”

“Ryan Vtec: and the full blown matrix is here.”

“Gloria: Showing the future when we are all dead and they need to repopulate with new and improved slaves.”

“AnonymousGoblin: After the genetic Covid injections do their job of sterilization…”

“Raedatashman: This is beyond brilliant but also very scary!
I think it’s time for Jesus to return!”

“Josy: Read between the lines… Population control, DNA manipulation for perfection that will end in discrimination, extortion, because you will pay anything for your baby, this is a bad Matrix version of the future.”

“Mmgargano: Natural selection should not be tampered with. Do not go against nature.”

“Beam Me Up: There populations are declining because people are making the conscious decision not to have multiple children.”

“Lacy Turner: They can grow a human but can’t cure cancer.”

Conspiracy Revelation: 10.12.2022: They easily can cure any disease, like in the Movie Elysium, 2013, Med Beds are only for the selected few, the common plebs are infected with bioweapons of DoD/Navy/NWO and/or get second hand treatment in medieval hospitals and with often times retarded or brainwashed Doctors of Rockefeller Medicine and to keep Big Pharma alive, the fake elite get the high-end treatment. 7 years ago it was already trendy, see reference, but I am the only conspiracy revelation webside that deletes nothing, the only eternal library webside, all others are volatile.

“Stu Art: The only source of babies if they get to 100% vaccination.”

“LL: How do baby experience compassion and empathy without mother?”

“Ajmontijo16: According to its website, most likely be insight in 10 yrs.😮”

“Amy Louise Duncan: woah 70 years to develop? yikes! anyways I like the concept, I think a lot of people would use it that can’t have babies naturally.”

Conspiracy Revelation: 10.12.2022: People skip your childish Dogma beliefs of a sudden removal of all NWO Tech…you look like spiritual Neanderthals, there is no one coming to re-structure the world (except maybe me) or stop this evolution, your books were written by ordinary humans.

“oceansong4u: You need a soul connection with the mother.”

“0.0market: Why are they obsessed with trying to be God?? It has never worked out. Never. Just be human for once and let God be God.”

“Josephbieniek: Artifficial Intelligence is called for a reason ( artifficial ) AND inteligent too Trick AND brainwash stupid People in the future.”

“FonsiCmps: Yet another business for investors to profit.”

“user8791238792966: Everything that makes being a mother and womanhood special they are trying to remove. Women should be up in arms!!”

“ransom_lisa: They forgot what happened to Lucifer he was cast down because he wanted to be like God.” 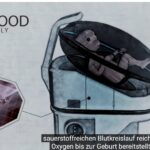 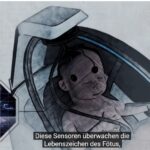 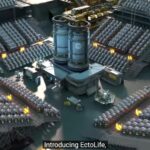 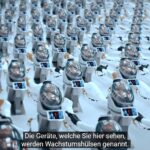 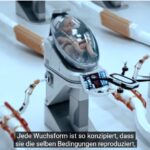 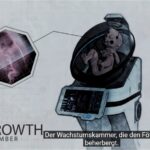 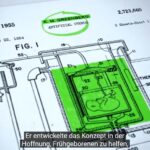