“Heavy Flamethwowers that are able to shoot thermobaric rockets-”

“Rocket Launching system what the Russians call a Flamethrower: A Tos-1:.. It sets the Air on Fire and then sucks the Oxygen out of peoples lungs, so it is definitely a very severe weapon,..but that flamethrower is certainly a very dangerous weapon.”

“Mister Putin underestimated the challenge of Ukraine…That is not working, the Ukrainian army is fighting brilliantly… so this is becoming very bloody and very violent…Get this fighting stopped and I hope our Allies are going to push Jaguan Missiles, Stinger Missiles into Kiev right now…Germanys forces can´t operate continuously 24 hours a day, because somebody has got to sleep and they have got to be refueled, so you are going to see these pauses in action from time to time.”

“They have no right to invade an independent country. That is the action of a war criminal. He should be held on account to this crisis.”

“Russia is sending in these so-called flamethrowers that shoot these thermobaric rockets, you are talking about how bloody and violent things get.”

“Putin is going to unleash unholy hell on Ukrainians.”

“Keep the enemy away from the central urban areas.” 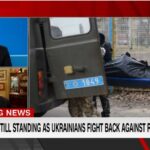 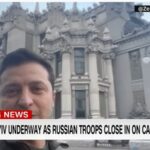 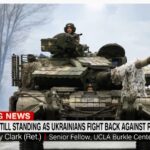 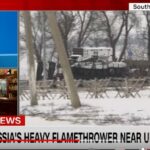 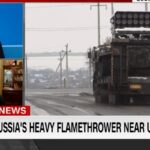 “Putin is a Dictator…he eliminates the opposition…to stop this Man who wants to rip another nation, it is just inhumane and it is criminal and it should be stopped.”

“General, we have learned that Germany will send a 1000 anti-tank defense weapons and 500 stinger missiles to Ukraine, is that enough?” “We don´t have to feel sorry for Mister Putin, I mean he has brought this on himself.”